Dawn probe has sent back images of Ceres 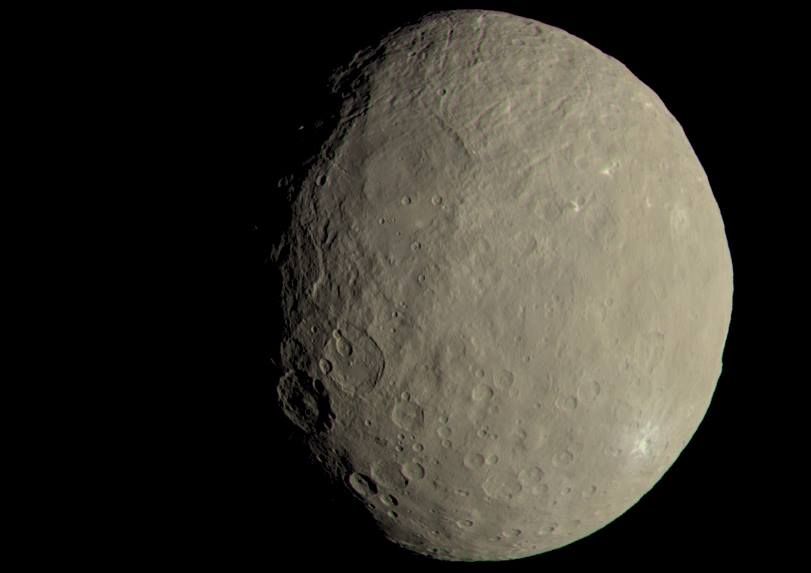 The Dawn probe has sent back images of Ceres

The Dawn spacecraft was launched in 2007. Headóhe primary objective of the mission is to investigate the twoóch largest facilityóin the asteroid belt between Mars and Jupiter. It's about the asteroid Westa and the dwarf planet Ceres. Dawn is to determine the shape, size, mass and composition of the objectów. Ma róalso determine the size of their nuclei.

Photographs were taken throughout November from the fifth science orbiter from an altitude of nearly 1,500 kilometersów. The most interesting pictures show the Occator crater, in whichóand mysterious white spots were spotted. The crater is 92 kilometers across and four kilometers deep. The white spots are actually a highly saline, frozen liquid.

Currently, the Dawn spacecraft is increasing the altitude on the shóThis scientific orbit – which is at an altitude of 7200 kilometersóto the surface of Ceres. We invite you to see the gallery.