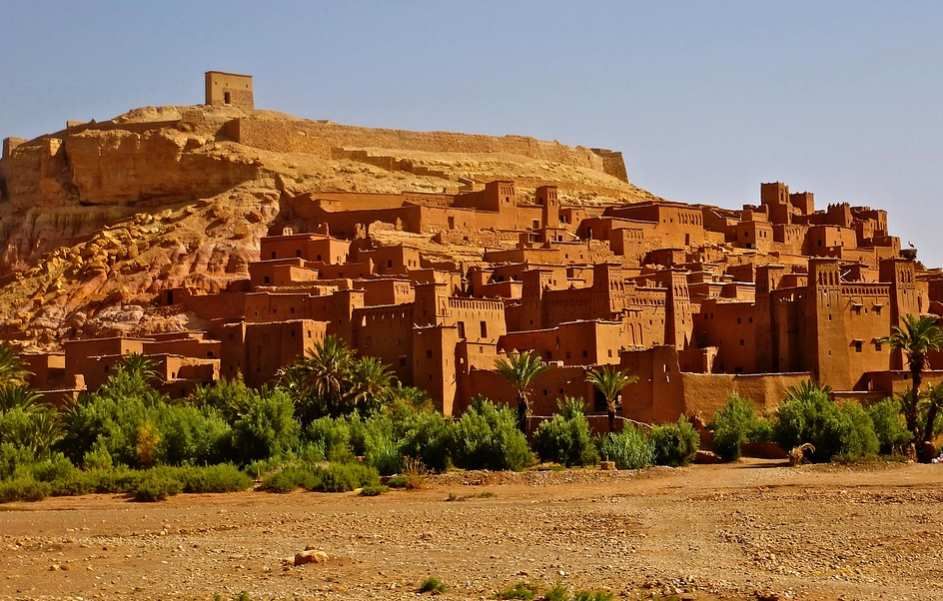 Polish researchers discover the history of a Slavic fortress in Morocco

Qarjat as-Saqaliba is a fortified settlement founded by rebellious Slavic slavesóWe would like historians to create their own translation of the text, which was written at the turn of the 9th and 10th centuries.

– We conducted ethnographic and archaeological research reconnaissance, whichówhich covered the region of northernór Rif, where in the early Middle Ages there was the seat of króNekor lestwo – said during the press conference the expedition’s scientific leader, dr Wojciech Filipowiak.

As he explained, the 11th century Arab historian Al-Bakri. w „The book of dróg and królestwo” In the last century, this location was described as the site of a Slavic fortified settlement in MoroccoóNorth of Morocco.

– We analyzed medieval ceramics in the warehouses of the Institute of Archaeology in Rabat. We can conclude that it is similar to early medieval Slavic pottery. This confirms our original hypothesis that the presence of Slavs in Morocco may have left a trace in the material culture. This gives the possibility to find such pottery in the field and precisely locate the Slavic village, he pointed out.

He added that archaeologists have also conducted surface research in the area of theóThe researchers of the Nekor villages, as well as determined areas for further research.

– During the ethnographic reconnaissance we tried to identify traditional pottery góral Rifu – said ethnologist from the University of Szczecin, dr. Piotr Maliński. – Thanks to the indicationón Moroccan researchers we managed to reach a village located high in the GóThe village of Idardouchen, where the last workshop in the region producing Rifan ceramics. We have acquired a collection of several dozen vessels there for further scientific study,” he explained.

– We have also conducted a site inspection, whichóhe analysis allowed us to correlate the ranges of physiographic units, i.e. wzgórivers, valleys, rivers, with the range of ethnic and tribal units – said the expedition’s scientific supervisor, an Africanist prof. Ryszard Vorbrich. – Further ethnological research should lead to the extraction of some traces of Slavic presence from toponymy, i.e. place names,” he emphasized.

Scientists have announced the continuation of research. – The area selected by us will be covered by ethnographic and linguistic research. We want to find toponyms, as well as legends and tales of the local population, in whichóThe site is located in an area inhabited by the Berbers, where traces of Slavs may have survived. RóIn the course of our research we also conducted a site inspection, whichóry is our headóThe main source ofóa source of information about a Slavic village. We would like historians to create their own translation of the text, whichóhe original of which is located in Paris – said Filipowiak. As he added, in late 2017. are planned to be róAlso, the first surface surveys in góRif accounts, in places selected by the ethnologistów.

In the course of the podrón the course of the expedition, scientists also carried out museum and library searches in the most important scientific centers dealing with the history, archaeology, and ethnology of the Rif regionóNekor Principality, zaróboth in France, Spain, and Morocco. The participants of the expedition established contacts m.in. with the Rif Memorial and Heritage Association, the Al-Idrissi Foundation, and the Królevant Amazigh Culture Institute.

KróThe state of Nekor was the first Muslim state to beóThe archaeologists used modern tools which facilitated 3D scanning of the space and the objectów. Reigning in the period of 9th and 10th centuries. The Banu Salih dynasty formed a guard of Slavic slavesóThe record was set 10 years ago by Japanese constructors, who want to double the speedóin a commercial business in Wolin or Szczecin. According to the sourceóhe army revolted, was forced out of the capital and set up in the górach a fortress called Qarjat as-Saqaliba, which translates as "Slavic village".